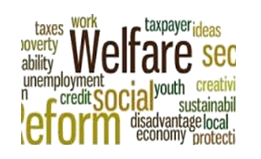 Breaking the Circle is an European peer to peer actions to raise the awareness of children and youngsters on their rights in the context of civil, criminal and administrative judicial proceedings, through participatory approach and innovative tools. More over, the project aims to increase knowledge of professionals working in the field of juvenile justice and in the educational system on a child-friendly justice approach.

Breaking the Circle is realized in four countries, Italy, Spain, Romania and Cyprus. Head of the project is Milan metropolitan City, research partners are Codici / Research and intervention (Milan), and UAM – Madrid University, operative partners are Comunità Nuova (Milan), Ahead Association (Brasov) and Eurosuccess Consulting (Nicosia). Dot Dot Dot is the last partner of the project: a multidisciplinary interaction design, multimedia and software studio that accompanies Breaking the Circle to design and edit the communication tool that will be realized.

The project address the call priority designing and building an awareness raising campaign and awareness raising tools about Child-Friendly Justice, which are tested and evaluated in the participating Countries and which will be disseminated at a European level. By doing so, the project contributes to realize the call priority in two different ways: increasing the awareness of direct beneficiaries on their rights in judicial proceedings; disseminating tools and methods whose effectiveness have been tested and evaluated at European level.

The designing of the raising awareness campaigns and of the multimedia tools are done through the involvement of children and young adults who have been in judicial proceedings and through the involvement of the professionals working in the judicial sector. In fact, Breaking the Circle deal with Child-Friendly Justice not only as a set of abstract principles, but as real and concrete set of measures, tools, roles and behaviours.

Breaking the Circle is developed in 4 main phases, each one with specific outputs and activities:

2 - Design of communication tools and realization of local raising awareness campaigns: Modelling Guidelines on models of intervention sharable at a EU level and replicable in different local and national contexts;

3 - Local training of trainers on children rights: Training toolkit to systematize the methodology of intervention;

4 - Web and social media European campaign and events to guarantee the diffusion of the documentation, the outputs and the knowledge produced by the project.