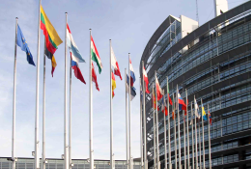 ABSTRACT – PROJECT DEVELOPED BY THE MCM

This initiative is a response to the necessity of supporting the municipalities of the metropolitan territory in European-oriented activities, as it emerged also during the construction phase of the Metropolitan Strategic Plan, during auditions with mayors and local administrators of the territory. Building a Metropolitan Europe Unit has been one of the needs most pointed out and the Metropolitan City of Milan intends to respond adequately. The initiative is composed of 5 phases:

On January 31 and February 1, 2018, an event was organised in Venice in order to officially launch the project at the national level. A second meeting took place in Genoa on June 20 and 21, 2018, and dealt with the management of European funds, strategic planning and metropolitan governance.

The Partners are the National Association of Italian municipalities (ANCI, coordinator), the Presidency of the Council of Ministers – Public Service Unit, the Agency of territorial cohesion, the Metropolitan City of Milan and other metropolitan municipalities.